We are still adding to this section of the LWLC website. Please visit again soon for more personal stories from those affected by liver cancer, or get in touch if you have a personal experience you would like to share.

Ian's Story: "My journey through to liver transplant and onwards"

I was born in 1950 and had a very healthy upbringing, living in a clearing in a forest, as my father was a head forester with the Forestry Commission. I also was an active sportsman through school, university and a long career as a chartered surveyor. This involved 30 years of football and cricket rolled into more sedate golf in my mid-40s through to the present day.

On reflection, the stamina and fitness issues were to be of great assistance to me when needed on my journey through liver cancer and a transplant operation.

Visits to a GP were a rarity as was any illness during the first 60 years of my life and it was just tests after reaching that threshold, that told a story that all may not be right, even though I felt healthy despite being overweight and perhaps tending to over indulge in terms of alcohol consumption.

GP blood tests did identify Gamma GT levels were high. I was referred to a specialist at the QE Hospital, Gateshead where I had regular meetings as well as CT and Ultrasound scans. The specialist could not understand why I appeared so healthy after examining the scans and referred me to the Hepatology unit at the Freeman Hospital.

I can remember vividly the first meeting with a leading hepatology consultant in October 2015, which happened to be the day after a celebration set up by work colleagues to celebrate my 65th birthday. Looking back this may have been a godsend, as I was told if I wanted help, then I must stop drinking immediately. I can say that I responded to that prompt and have now passed 5years+ without any alcohol consumption.

I underwent a series of consultations, MRI and CT scans. I built up a good understanding with my consultant who realised that I was very nervous about having a full liver transplant, rather we would try and eradicate the identified cancer tumours, which were relatively small at that time. We followed through this route perhaps against the wishes of the multi-disciplinary group, who were keen to proceed by way of an early transplant.

A full 3day assessment programme had identified that I was very fit and capable of undertaking major surgery. Despite this my favoured route backed by my consultant was to deal with the small HCC tumours by way of initially a TACE procedure in November 2015 and a follow up by an Ablation procedure in November 17 to remove a smaller recurrence. Regular scans confirmed the success of these procedures but other small HCCs were identified, resulting in a further Ablation procedure in December 2018 to deal with an HCC.

Whilst this monitor and treat process had served me well for 3 years, I was advised that there was a strong likelihood of recurrence and the only way to a complete recovery would be via a full transplant. I took the advice of my consultant, went through a full re -assessment programme and was placed on the transplant waiting list in March 2019. I continued to be monitored whilst on the list and was eventually called to attend for a transplant on September 9th2019.

I can recall receiving that phone call from the transplant co-ordinator at 1am and heading off to the Freeman with some confidence. It did however turn out to be a long day waiting for the green light and the liver to arrive and be prepared. I did have some concerns after being told of the risks involved and the limited success of this surgery.

This concern was shared by my youngest daughter, I was however re-assured by the supervising nurse who managed to convince me that all would be ok and that I had to be told the risks prior to giving final consent.

The next two weeks are a bit of a blur, but I can vividly remember today some of the most frightening nightmares whilst I now appreciate occurred whilst I was in a state of delirium.

It is perhaps best to have the next 2 weeks described from a letter sent after my discharge after a successful transplant.

“Mr Parker was admitted for a liver transplant on 10th September 2019. Whilst the operation went well, he became delirious on ITU and there was some concern about the blood supply to the new liver. After a few days his bloods had worsened and a liver biopsy confirmed he was rejecting his new liver despite immunosuppression. Therefore, he was relisted for transplant on 19th September and was extremely fortunate that a new liver became available almost immediately, and he was re-transplanted on 20/09/2019.”

“Thankfully, this second transplant took better than the first and he slowly began to recover and his delirium began to settle. A few days after his second transplant he was noted to have a rise in his bilirubin and subsequent imaging queried if there was a small bile leak from his biliary anastomosis. Subsequent ERCP did not show any leak but did some narrowing at the site of the anastomosis and a plastic stent was inserted with good effect.”

The next couple of weeks in ITU would best be described by my wife and daughters who were most grateful for the wonderful attention and caring by the specialist staff  who put up with managing me whilst in that state of delirium. More humorous stories are regularly re-called by my daughters who know “I was away with the mixer for a while” and cannot re-buff any of their recollections!

Thanks must also go to the surgeons, doctors, sisters and nurses who looked after me so attentively in ITU and when I moved on to ward 38 who tended my surgical wounds and looked after me as I gained strength up until my release to go home, some 5.4 weeks after my arrival date.

One highlight to recall was my daughters hatching me a wonderful surprise, this was by taking me to the entrance to see my much loved (rescued lurcher), Honey who proceeded to drag my eldest daughter across the car park to greet me after a five week separation. A fantastic video records the actual re-union. 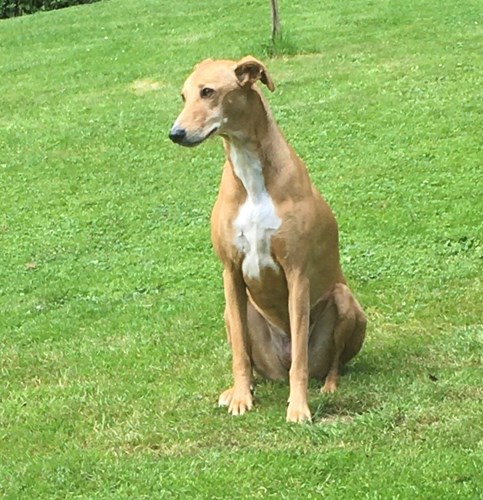 I think like all leaving hospital, you have wished your life away seeking to go home for several days. I applied pressure to the visiting doctors and their support teams but on the final Saturday I encountered some serious pain and was called for a ultrasound scan the next day, a quiet Sunday, which then led to me having an ERCP (endoscopy procedure) which placed a stent into the bile duct. Two days later that magical day arrived when I was to go home, but not without a few tears and hugs with the ward 38 team – thank you all.

I have felt very comfortable whenever either attending clinics or being admitted to the Freeman Hospital and have so much respect for the staff.

I was now moving on to a regular programme of clinics to monitor my recovery and rehabilitation which I looked forward to with real enthusiasm. My bloods became of concern, especially my Haemoglobin level which dropped and led to me having a series of blood transfusions in the day patient unit. I became used to regular visits and the considerable time it took to transfuse the blood. I had however become very patient and took each visit in my stride, regardless of the tediousness and necessary time involved throughout November and December.

A problem was also identified with my Tacrolimus levels. I had become most fastidious with taking my medicines, checking blood and injecting myself with insulin, once per day. Regular blood tests identified the problem was not receding and the problem was identified as dosage levels whereby I had been taking stronger Tacrolimus tablets than those I should have been taking. This was satisfactorily resolved but there were still issues with Haemoglobin levels and I was readmitted to hospital in mid -January 2020.

I was given regular blood transfusions and antibiotics by drip over a two-week period to try and regularise my bloods and counter fears of neutropenic sepsis. This appeared to be successful and I returned home to recover. I was however quite weak but was soon back on that road towards a more normal life when the dreaded Covid19 lock down came along. The weather however became kind and I could potter about in the garden and was actually very active – the garden has never looked so good. I had to make one excursion to the Freeman to have the stent in the bile duct replaced by Endoscopy in early April.

Throughout the summer my recovery and strength really improved. I am now back playing regular golf [when HMG allow] and walking Honey daily. I attend clinics and have a stable medicines regime. I did have another ERCP by Endoscopy in October when the bile duct stent was removed and the natural duct was brought back into use, thus not requiring future replacement of a stent.

Amongst the key factors to my successful treatments and transplant(s) was that afore-mentioned level of fitness (which was confirmed by the full assessments prior to any procedure) which has allowed me a full recovery in my 70th year.

However, I think the confidence generated by consultants along with the skills and expertise of the surgeons carried me through to a successful outcome and a return to a full Quality of Life. Thank you.

In September 2020 I considered myself to be a fit and healthy 75 year old whose main health issue was osteoarthritis. I have two sons and two daughters, four grandchildren and one great granddaughter.
After some routine blood tests which showed two high readings of GGT and ALT my GP asked me to go for an ultrasound scan of my liver.
The day after the scan the GP called me and told me in his opinion I had primary liver cancer.
To say the least I was shocked and surprised by this diagnosis as I had experienced no ill effects, pain or other symptom, .having just completed an extension to our home when I shared much of the manual work.
I was referred to the Freeman Hospital for a CT scan on 19th October which confirmed the diagnosis.
I met the Hepatology team at the Freeman and we discussed the treatment options. We decided that initially, a laparoscopic biopsy should be carried out on the tumour and the healthy liver. The biopsy confirmed the above and after discussion it was decided I was suitable for the selective internal radiotherapy treatment (SIRT) which is carried out intravenously through the femoral artery. I also agreed to participate in the Hunter clinical trial which is looking into causes and treatments for liver cancer.
I had this procedure on 17th December 2020 and was discharged home the next day.
I am slowly getting back to normal fitness and walking up to 11,000 steps per day. A follow up CT scan on 19th January showed slight progress in the reduction in size of the tumour.
My thoughts and thanks go out to the whole of the NHS, particularly my GP and the team at the Freeman Hospital. My next scan is due at the end of March which hopefully should confirm a further reduction in size of the tumour.